Our next Conservative leader needs to get up off the mat 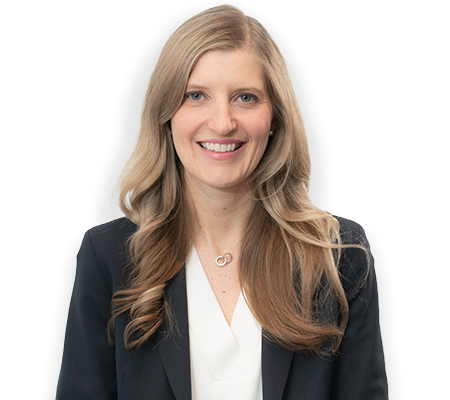 When conservatives say we want our leaders to stop apologizing for conservatism, we don’t mean that they should be more strident. We don’t mean that they should be more radical, or more militant or more insular. We mean that our leaders should get up off the damn mat. The Conservative Party of Canada has been playing defence for almost five years, obsessed with talking about what not to say, what not to stand for and how to issues-manage every topic of substance out of the headlines. Big conversations about our future success, that should revolve around what we stand for, end up fixating on what we stand against.

Leaders spend hours practicing how to avoid committing to things, how not to offend anyone and how not to fall into the dreaded traps set for us by our electoral foes. There’s no question that a good defence is key to a winning strategy. But if it’s all you have, you’ll spend the whole game in your own end. Conservatives need to focus on offence, and we need to elect a brave leader who will get their elbows up, power forward and start putting points on the board.

By obsessing over defence, Conservatives have systematically handed major policy areas of concern over to our opponents, passing up the opportunity to present Canadians with our vision for improving their lives. Defensive Conservatives would have you believe our party can’t talk about family formation, religious freedom, crime, climate change, poverty, health care or education. So, when it comes to the things that matter in people’s lives — their ability to start and grow families, find and afford a home, practice their faith, educate their children and care for their relatives — Conservatives have had very little to say.

On Bill 21, the Quebec government’s ban on civil servants wearing symbols of their faith, the Conservative party has avoided taking a stand, responding only when forced to. Imagine the possibilities for a party willing to treat this issue as a sword. Not only would a strong stance for religious freedom allow libertarians and social conservatives to find common cause, the Conservatives would be fighting for Canada’s diversity and multiculturalism, putting our woke prime minister on the defensive, trying to square his values with his cowardice in the face of potential political downside in Quebec.

What about crime? Many point to “the gun issue” as one of the missteps taken by the Conservatives in last fall’s election campaign. But by the time the party leaders were talking about gun control policy, the Conservatives were already so badly on the ropes, the round was over before it even started. Imagine if the party had run on a strong crime-prevention platform. Their candidates would be out talking about how shootings and gun murders had risen under Justin Trudeau’s leadership, making the case for safer communities under a Conservative government. This would have set the stage for the predictable Liberal gun control messaging — that Conservative gun nuts want semi-automatic weapons on city streets — to fall flat. It would sound, in the context of a meaningful policy debate about crime, like the desperate mischaracterization that it was.

On social issues, from childcare, to housing and cost of living, to health-care delivery, defensive Conservatives continue to cower in fear. These are “shield issues,” they say. We don’t win on them so let’s just try to take them off the board. Well, we’re not winning on much of anything. Meanwhile, the Liberals present a Quebec-inspired universal child-care model that has been proven to lead to poorer outcomes, lip service and inaction on skyrocketing housing prices, and shrug their shoulders at the country’s health-care capacity, mentioning the Canada Health Act only to imply Conservatives would undermine it. The defensive approach means Conservatives have little to say on these issues, while the Liberals paint us as threatening public health care, access to abortion and affordable housing anyway. Conservative first principles — respect for the power of markets when things (like homes and health care) are in short supply, the value of childcare flexibility and the importance of affordability to starting and growing a family — hold incredible answers to difficult public policy challenges. But our approach these past few years has meant we don’t even bring our best players to the game.

To take a more recent example, imagine if the Conservative leadership had found a way to speak to the increasing number of Canadians feeling beaten down by public health restrictions and attacked by a prime minister obsessed with using the pandemic to marginalize them. Instead, the party fretted over being “wedged” by the Liberals, convinced that talking to “populist elements” would turn off centrist voters. Feeling no place in mainstream political parties, many of these Canadians have turned to the fringe People’s Party of Canada or channelled their anger into the controversial Freedom Convoy, aligning themselves with the unsavoury, forcing Conservative MPs to choose between ignoring Canadians with real concerns or risk being associated with the bad elements of the protests. This even though according to a survey conducted by Abacus Data, 32 per cent of Canadians report feeling as though they have “a lot in common with protesters in Ottawa.” Imagine if the Conservatives had handled the pandemic offensively, speaking to the COVID-weary months ago, instead of being forced into a corner.

Playing offensively is about staking out new ground, doing it ambitiously and doing it quickly. This approach necessarily involves risk-taking and it’s not for the faint of heart. It is only possible under the leadership of a certain kind of person. Someone who is interested in leading, not following. Someone who doesn’t have to wait to see where the national editorial boards will land before staking out ground. Someone who isn’t spooked by the goading of Liberals partisans and who doesn’t care more about what their Liberal friends think than what their target voters do. Conservatives have an opportunity to choose a new leader this year. I hope they’ll look for these characteristics when they decide who to support.