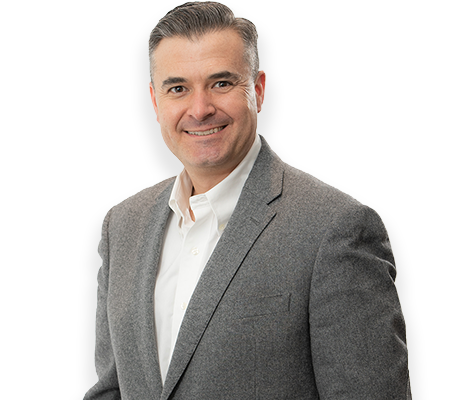 Pierre Poilievre’s comprehensive Conservative Party leadership victory is sending shockwaves through Canadian politics. He dominated his rivals across Canada and emerges from the leadership race with momentum and a united party behind him. It’s a situation Ontario Liberals will be watching with envy, as they lick their wounds following a second consecutive electoral drubbing and their own leader’s humbling loss. But if to know your enemy is to know yourself, Ontario Liberals should learn three lessons from the Conservative Party leadership race if they want to earn their way back to relevance with Ontarians.

Leaders Embody and Inspire their Party. Ask an Ontario Liberal today what the party stands for and you will hear a word salad of vague values and aspirations. Soul searching and a lack of direction is a common feature of losing political parties. But successful leaders, like Justin Trudeau in 2015, Mike Harris in 1995 and Pierre Poilievre in this recent leadership election, find a way to rally a listless party to their vision for the future. Rather than waiting for a consensus to coalesce organically among the grassroots, winning leaders have a clear perspective and a burning desire to rally others to their cause. Trudeau’s middle-class crusade, Harris’s Common Sense Revolution and Poilievre’s Freedom agenda offer their partisans a shared lens through which to view the world and channel their party’s values. It takes a strong leader to summon a political movement in their person, but when it happens the electoral results speak for themselves.

The digital medium is the message. Politics today, like so many other parts of our life, takes place primarily online. According to the 2022 Reuters Institute Digital News Report, 77% of Canadians get their news from online sources, and more than half of Canadians get their news primarily from social media. If politicians aren’t using digital strategies to reach their voters, they may as well try screaming into the void. A lot of Liberals look with disdain at the new Conservative Leader’s twitter threads and YouTube videos, dismissing them as cheesy and unlikely to move public opinion or connect with people. But they can’t explain how a Facebook video uploaded one month ago where he uses a parking meter to explain marginal effective tax rates has garnered over 550,000 views on Facebook. Pierre Poilievre’s leadership campaign embraced fresh, creative digital strategies to connect with potential supporters, and it worked. Poilievre invested years in cultivating a digital presence and converted his online brand to electoral success with YouTube videos, sharp tweets and style unlike any other in Canadian politics. Clearly he is getting attention, and from their distant third place position, the Ontario Liberals could use all the attention they can get.  Ontario Liberals need to look for a command of digital campaigning and communications in their next leader if they want to compete and win in the modern electoral environment.

Hold a Fast Leadership Race and Move On. Poilievre assumes the Tory leadership less than one year after Erin O’Toole lost the last federal election, a third consecutive defeat. O’Toole was dethroned just this February. But the party organized and delivered a vigorous national leadership race that brought hundreds of thousands of new members to their tent and millions of dollars raised for party coffers. By quickly moving on from their defeat, Poilievre has years to build relationships as leader with Canadians, businesses and civil society, flesh out his policies, and clearly define his identify and his party’s vision to Canadians. Ontario Liberals, meanwhile, are yet again meandering through a lengthy debrief and review process with a new leader potentially more than a year away. The party has conducted member surveys, held campaign debriefs and prepared reports about what went wrong in the election. A spring Annual General Meeting will decide the future rules and timelines for the leadership race. As Ontario Liberals inch along, their opponents are focused on how to win the next election and building money, support and brand equity. That election is years away, but Ontario Liberals risk taking too long to get a new leader in place, and not leaving him or her enough time to prepare. The only way for them to catch up is to get moving.

Ontario Liberals may be viscerally opposed to Pierre Poilievre and what he stands for. But if they can set their partisanship aside they can see how his personal leadership style and his campaign strategy are a roadmap for their own new leader to follow. Ontario Liberals also need to ask themselves if they should also move quickly to install their own Poilievre and spend as much time as possible getting ready to win the next election.