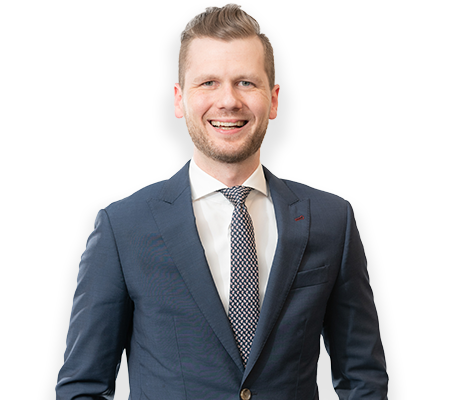 Ashton Arsenault is a Vice President at Crestview Strategy based in Ottawa.

Ashton Arsenault is a Vice President at Crestview Strategy based in Ottawa.

By this point, you have no doubt heard and read that inflation is running rampant. These historic, multi-decade high inflation rates are not unique to Canada, but rather a phenomenon being felt around the world. While some countries have been more successful than others at getting the situation under control – others have used the current economic environment to pass transformational legislative initiatives.

Take the Biden Administration’s Inflation Reduction Act (IRA) for example. The mammoth 274-page document does indeed aim to tackle inflation by making a historic down payment on the American deficit. The bill also allows the U.S. Medicare program to negotiate for prescription drug prices and extend the expanded Affordable Care Act program for three years, through 2025. Beyond that, the IRA, as it is officially known, is a complete misnomer.

The IRA has made international headlines – including in Canada – for a $369B package of climate investments that President Biden has called the “most significant legislation in history” to tackle climate change. If implemented in its entirety, it is believed the IRA could reduce US greenhouse gas emissions by 40% by 2030. The perceived benevolence of that aside, the Investment Bank Credit Suisse has said that the IRA will “have a profound effect across industries [globally] in the next decade and beyond.” So, why does this all matter?

Depending on your perspective, the IRA represents both a risk and an opportunity. On the risk side, the Biden Administration’s bold legislation serves as a flashing neon sign that says America is open for business and the tax-incentive-laden IRA will make doing business in America worth your while. Want a tax credit for domestic manufacturing? The IRA has you covered. Want to produce expensive sustainable aviation fuels while reaping an uncapped tax incentive. Indeed, the IRA has you covered. The list goes on and on.

And so, the risk is obvious: if it is now so advantageous to do business in America, what is going to stop a flight of investment capital from other countries – including Canada – who cannot or will not attempt to offer similar incentives? From my vantage point, there are two options. First, countries can do what they can to draw something close to parity with the IRA as quickly as possible to stop capital from leaving. Second, one could consider the legal route – as is the case with the European Union (EU). Among many other irritants with the IRA, the EU has suggested that the IRA’s electrical vehicle tax credit violates global trade rules. On the second item, that way of the addressing the IRA seems lengthy with no clear pathway to success.

So, where is the opportunity? The easy answer is, based on the scope of the IRA, just about everywhere. If you are a Canadian business, competing globally, against countries like the U.S. who incentivize their industries far more than Canada, it is time to sound the alarm bell with federal decision-makers. The longer competitive discrepancies exist, the more entrenched they become. Crestview Strategy does not believe in whistling past the graveyard and Canadian industries now at a competitive disadvantage because of the IRA should not either. The time to act is now.

So, what has Canada’s response been to the IRA? In the federal government’s Fall Economic Statement (FES) delivered on November 3rd addressed the IRA head on. Under a section called “Canada must boost investment” the document says: “it is clear that Canada will need to do even more to secure our competitive advantage and continue creating opportunities for Canadian workers. This challenge has become even more pressing with the United States’ recent passage of the Inflation Reduction Act.” The document goes on to commit that Canada will do what it can to remain competitive. And, yes, while the document does outline several investments in tax credits for clean technologies and other initiatives to reduce emissions, Canada’s response to the IRA, to date, barely even registers as a drop in the bucket.

What can you do? If you are an industry leader who competes the U.S. on both investment and talent, take action and take the federal government to task. Crestview Strategy is proud to work with several clients who require Canada’s federal government to do more to level the playing field with the U.S. We will be restless in our pursuit, as we believe Canadian jobs and economic prosperity is on the line.