QLP and PQ’s decline in the 43rd Quebec Election 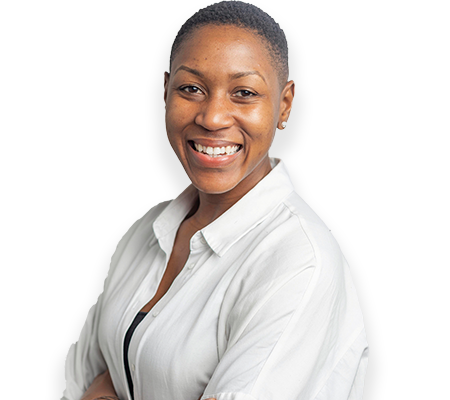 Kema Joseph is a bilingual Consultant with Crestview Strategy based in Toronto.

Kema Joseph is a bilingual Consultant with Crestview Strategy based in Toronto.

Even casual observers of the first few weeks of the Québec election have picked up on the fact that the oldest political party in Quebec (and the one that has governed for most of the province’s history) is struggling. A lot.

Since the very start of the campaign, the Québec Liberal Party (QLP) has had difficulties kicking things off. Out of the gate, the QLP struggled to find candidates, appeal to voters even in Liberal strongholds, and fundraise. For the first time in its history, the party will not field a full slate of 125 candidates on Oct. 3rd. No QLP candidate will be running in Matane-Matapédia, a riding in the Bas-Saint-Laurent, following the rejection of Harley Lounsbury’s candidate papers by Quebec’s chief electoral officer.

To make matters worse, the QLP, once a fundraising machine, has raise a meagre $369,921 this election, placing it fifth behind Éric Duhaime’s newly created Conservative Party of Quebec (CPQ), which has raised $529,477, according to Élections Québec’s data. The party has been forced to take out loans to stay afloat, an obvious indication of the party’s current financial health and, more notably, relevance among its own supporters. Donating to a party suggests you believe in its vision or, at the very least, in their chance to win the election. Unfortunately, it seems like QLP’s supporters no longer believe in either.

QLP Leader Dominique Anglade is not the only one fighting for the legacy of her party (and her seat). Party Québécois (PQ) leader Paul St Pierre Plamondon also has a steep mountain to climb in trying to convince Quebecers to make him the next Premier of Quebec. For years, the PQ has struggled to stay relevant, as people seemed to care less and less about the creation of a sovereign Québec. In the last election in 2018, the party, which at the time was in opposition, suffered a historic defeat, winning only 9 seats and losing its status as a party. And now, pollsters and political analysts are projecting the PQ could end up with as few as one seat in the National Assembly.

What do the QLP and PQ decline mean exactly? For starters, it means that Quebecers are no longer interested in debating Québec’s place within the Canadian federation. The national question that has consumed provincial politics and psyche for the last 50 years, do we stay or do we go, has been answered: let us move on.

Quebecers have moved on to tackling more pressing societal issues like immigration, the environment, and the preservation and promotion of the French language within Canada, which have all dominated the headlines throughout the campaign. But, more importantly, they are now presented with an array of political offerings. Indeed, the political system in Quebec has dramatically shifted from a two-party state to something far different.

Perhaps Premier François Legault, Leader of Coalition Avenir Quebec, said it best when responding to a reporter’s question on his Leaders’ Debate attack that the QLP was losing “the monopoly of being against sovereignty.” He argued that his party “proposed more autonomy within Canada, and [..] believe[s] that the Liberal Party no longer has a reason to exist because of this.” Put simply, in 2022, the PLQ is no longer the only choice for federalist voters on the center-right; in the same way, the PQ is no longer the only party for pro-sovereigntist voters. This departure from the historic cleavage between the camp du oui and camp du non, signals a reshaping of the political zeitgeist in Quebec.

One could conclude that populism has defined the zeitgeist in Quebec as in other provinces, such as in Ontario, where Premier Doug Ford’s centrist populism led his Progressive Conservative Party to a crushing majority win. The CAQ embodies populism, emulating and responding to the concerns and opinions of the Quebec people. Moreover, it speaks to those neither on the right nor on the left, but to those in the middle, the majority of Quebecers, the people. It is ‘that middle’ that led them into power in 2018 and that will most likely lead them into power again this time.

To survive, the PLQ and PQ will need to come up with new ways to inspire their base and differentiate themselves from the pack, or else, they risk falling into desuetude.